MusicBee is a popular music player that lets you listen to your favorite songs and organize them. Besides MusicBee, the second most common app that almost everyone has is Spotify. Both of these apps are useful. One lets you manage your songs and play them, while the other, which is Spotify, enables you to browse through millions of songs. Spotify has every song that you want to listen to. Probably, if you are searching for old songs or the latest, Spotify is the best music streaming platform to search for songs.

However, do you wonder if there is a way to use MusicBee to play Spotify songs or any MusicBee Spotify plugin? Well, that’s a very common question that people are trying to find answers to. If this question is related to you, you have come to the right place. This guide is for all those looking for a way to export playlists from Spotify to MusicBee. This guide will tell you the tool you need and explain the whole process of using it. Keep reading!

Part 1. MusicBee: Everything You Need to Know

MusicBee is essentially an audio player that lets you arrange your PC songs and stream online songs. It’s for optimized playback, smart tagging, and file conversion. It’s a superb tool to use to organize music files. Even though the music playlist is huge, MusicBee will still let you arrange the music files in a streamlined manner so that you can play them conveniently. What it does is it searches for all the songs that you have stored on your PC and adds tracks from Windows Media Player and iTunes.

After adding the songs to MusicBee, it starts adding the missing metadata for your perusal using industry-standard formats. Once it starts tagging, you will be able to see the missing information, such as album art, lyrics, artist’s name, etc., displayed when a song is getting played. Apart from all this, MusicBee supports streaming as well. It is compatible with SoundCloud and Last.fm. If you enjoy listening to podcasts, MusicBee is the right tool to have. One can easily import media files from Windows Media Player and iTunes.

Also, MusicBee can convert songs for you, too, so that there is consistency when it comes to audio formats while playing the songs. And since it adds the missing metadata, listening to songs on MusicBee becomes super convenient.

Does Spotify Work with MusicBee?

There is a MusicBee Spotify integration plugin that you can download. This will let you integrate your Spotify playlists with MusicBee to add tracks and albums. In addition, you can follow the artists directly from MusicBee. But users of this plugin have stated that to add Spotify to MusicBee, it is better to look for an alternative because sometimes the plugin works and sometimes it doesn’t. So, integration is possible, but it is always better to find an alternative when it comes to adding songs directly.

Part 2. How to Get MusicBee Spotify to Work – Two Tools You Will Need

If you want to import Spotify playlists in MusicBee, better to get a third-party tool that will let you convert and download Spotify songs, which you can later play on the MusicBee app. Sometimes, integrating Spotify songs to MusicBee can be challenging, which is why the recommended Spotify music converter to use is AudFun Spotify Music Converter.

AudFun Spotify Music Converter can convert thousands of Spotify songs and download them to the computer. It can retain ID3 tags and lossless audio quality of Spotify music. It also supports converting the Spotify songs into multiple audio formats, and lets you play the songs on MusicBee and other music players as well!

AudFun is your one-stop solution for you to get MusicBee Spotify to work. So, all you need to do is to download AudFun Spotify Music Converter, install it, and start using it. The good thing about AudFun is that it is affordable and available for both Mac and Windows.

Download, install and launch AudFun Spotify Music Converter. This step will activate the installed Spotify app on your computer. Then, find the Spotify songs you want to convert and download. Next, click on the three dots icon next to the songs and you will see the Share option. Please click on that and copy the song’s link. Now, go back to AudFun Spotify Music Converter and paste the link on its search bar. After that, click on the + icon to import the Spotify songs for converting.

Go to the Menu icon from the AudFun program. Then on the drop list, choose the Preferences option. Then go-ahead to the pop-up window and press on the ‘Convert’ option. There you can start to set the audio output format for Spotify songs. You will see multiple audio formats. You can pick one that suits your requirement. For example, you can select WAV and convert Spotify to WAV format. Then, customize the rest of the parameters, such as audio channel, sample rate, and so on.

Now that the settings are set, you need to click on the OK option.

Step 3 Convert and download music from Spotify for MusicBee

Click the Convert button to start to download Spotify music for MusicBee. The songs will begin to get converted at 5X speed and saved in the target output folder on the computer. Then you can find them via the converted icon on AudFun.

There is another way to get Spotify music for MusicBee. That is using the Spotify recorder to record Spotify songs. For this, the recommended tool to go for is DRmare Audio Capture. This robust tool comes with a built-in audio recording feature. It can record Spotify songs and download them as local files. Moreover, it retains ID3 tags of the songs and lets you customize audio parameters.

Besides, you can edit the audio tracks after the recording process. And it can capture music not only from Spotify but also other platforms and websites.

First, you need to download the DRmare Audio Capture and launch it once the downloading and installing process is complete. Once you are on the home page, you need to click on the + icon to add the Spotify program.

Click on the audio option, and there you need to select the output audio format and customize other audio parameters, such as codec, bit rate, sample rate, and channel. When done, click on the OK button.

Step 3 Play Spotify songs to record and download for MusicBee

Go to the DRmare Audio Capture main interface and click on the icon of the Spotify app. After Spotify opens, you need to search for the music track you want to download. Then play the song, and DRmare will start recording.

Step 4 Edit Spotify songs and save them to computer

You can click on the edit icon to edit the songs, and once you are satisfied with the changes you have made, click on the Save option. Then go to the Converted tab to find the Spotify songs on the computer.

Part 3. How to Import Spotify Playlist in MusicBee

Now, to put Spotify in MusicBee, there are just a few steps left. Please follow the guide below to add Spotify to MusicBee and play the converted Spotify songs on MusicBee.

Step 1: Open MusicBee and click on the File option.

Step 2: Click on the option that says scan folders for new files.

Step 3: Hit the option that says choose folders. Here you can locate the folder that saved the converted Spotify music files.

Step 4: Once the songs are found, click on the proceed option. Then Spotify songs will be loaded into MusicBee.

After that, you can choose the Spotify songs and play them on MusicBee directly. 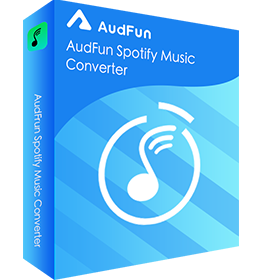